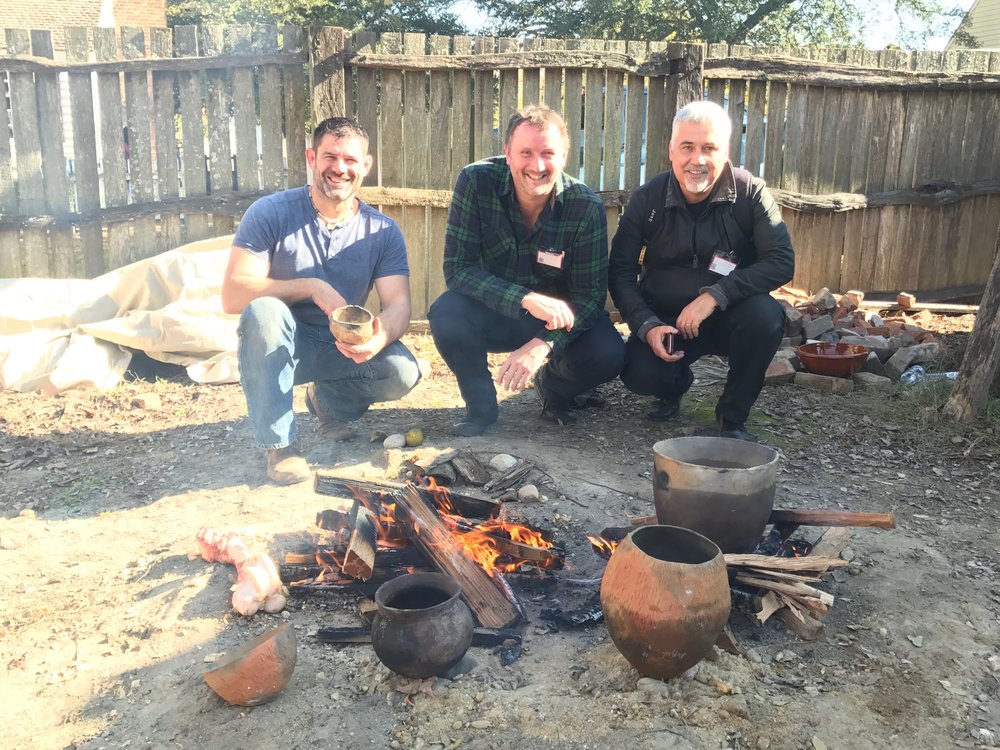 Dr. Bill Schindler is both the director of the Eastern Shore Food Lab and an Associate Professor of Anthropology and Archaeology at Washington College in Chestertown, Maryland.  As both an experimental archaeologist and primitive technologist, his research and teaching, revolve around a comprehensive understanding of prehistoric technologies. Bill is a strong advocate of traditional foodways and is constantly seeking new ways to incorporate lessons learned from his research into the diets of modern humans.  His outlook on food has revolutionized the way in which he and his family eat and he attributes much of the health his wife and three children enjoy to the hunted, gathered, and fermented foods that comprise a significant portion of their diets.

O’Sullivan is a Professor in UCD School of Archaeology. He was appointed to UCD as a College Lecturer in September 2000, promoted to Senior Lecturer in 2005 and to an Associate Professorship in 2014. He has been Head of UCD School of Archaeology (2012/2013) and Deputy Head of School (2011-2014).  A Member of the Institute of Archaeologists of Ireland (MIAI), O’Sullivan was elected a Fellow of the Society of Antiquaries (FSA), London. His Academic awards include an IRCHSS Senior Research Scholarship in 2002-2003, a UCD President’s Research Fellowship in 2004-2005 and an invited Visiting Professor at Le Centre national de la recherche scientifique (CNRS) at the University of Rennes I, France in May 2010.

Jason O’Brien is the co-owner and founder of Odaios Foods. Odaios Foods was launched in 2004 and is a pioneering partner to Irelands leading Hotels, Restaurants, Caterers, Cafes and Gourmet retailers.  The first food partner for Odaios was world pioneering Chocolate Maker Valrhona and Odaios’ first customer was Kevin Thornton.  The company has evolved into an all Island distributor and brand developer of Meat, Dairy, Fruit and Veg, Larder, Beverage and Seafoods. Mr. O’Brien is a former graduate  of UCD School of Archaeology and the Michael Smurfit Graduate Business School. In 2016 he was made a Chevalier du Merit Agricole, an award for exceptional services to agriculture made by the French Republic.