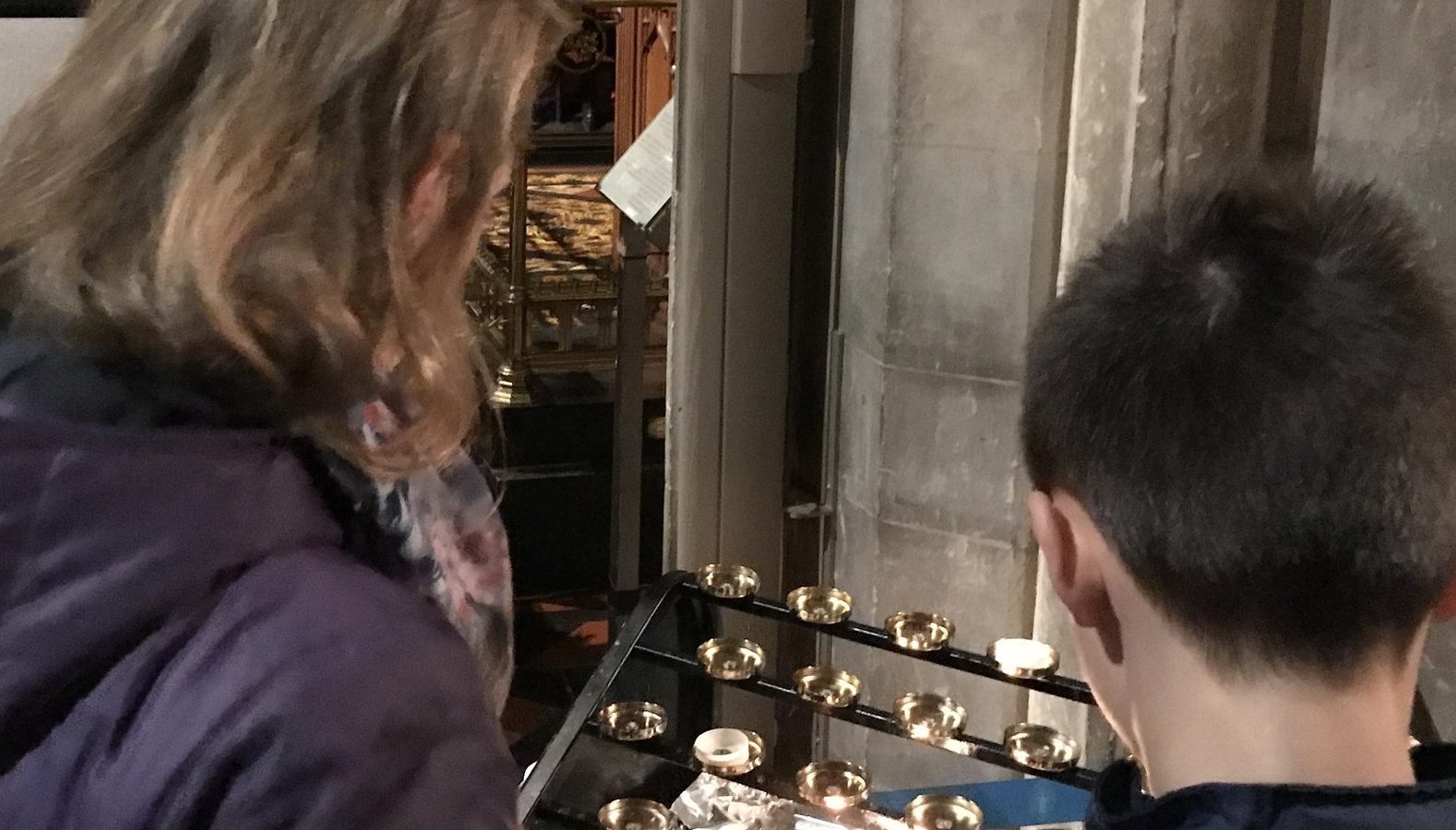 Found a Way to Say Goodbye

You are here: Home / Blog / Found a Way to Say Goodbye
by Christina

When in another country without family, routine and friends to lean on, it’s tough to know how to cope and grieve.

We lost Bill’s Grandmother on October 20th and it was so difficult not being with our family for the funeral, but more emotional, was not having the chance to say goodbye.  My Grandfather is currently in Hospice and this is again another unexpected loss.  They are both in their 90’s, but we never thought we’d lose two of our 3 remaining Grandparents in 1 short month.

We had a unique chance to say Goodbye to Grandmom Schindler by visiting her Father’s home-town in Italy (see FB post below), but there is something spiritual and peaceful about being in a church to say goodbye.  I was raised Catholic and my soul just needs that final closure by saying goodbye in a church.

WE FOUND A BEAUTIFUL WAY ON FRIDAY NIGHT TO DO THIS.

Billy had football training at 6, Alyssa had Camogie training at 6 and Brianna had a party at 7. We literally did know how we could physically get the kids to all the different locations with 1 car.  Then I shared with everyone the importance I felt in my gut to attend the Music for Remembrance concert at St. Patrick’s Cathedral. I needed it.  The kids realized we all did. I am proud to say that we got ready in 10 minutes, hopped on the LUAS and made it just in time for the concert.  They all missed their trainings/party, but as a family and we all knew that the most important thing to do that night was be together and attend the Remembrance Concert.

JUST WISHED THEY ALL REALIZED THAT YOU COULD FOLLOW GABRIEL FAURÉ’S REQUIEM IN THE PROGRAM!
THEY DIDN’T REALIZE THEIR WAS A WHOLE “STORY” TO THE EVENING ツ

Dinner at Super Miss Sue’s (SMS) in Dublin but the night was topped off with Alyssa finding the new Diary of a Wimpy Kid book that she has been soooooo excited to read!!