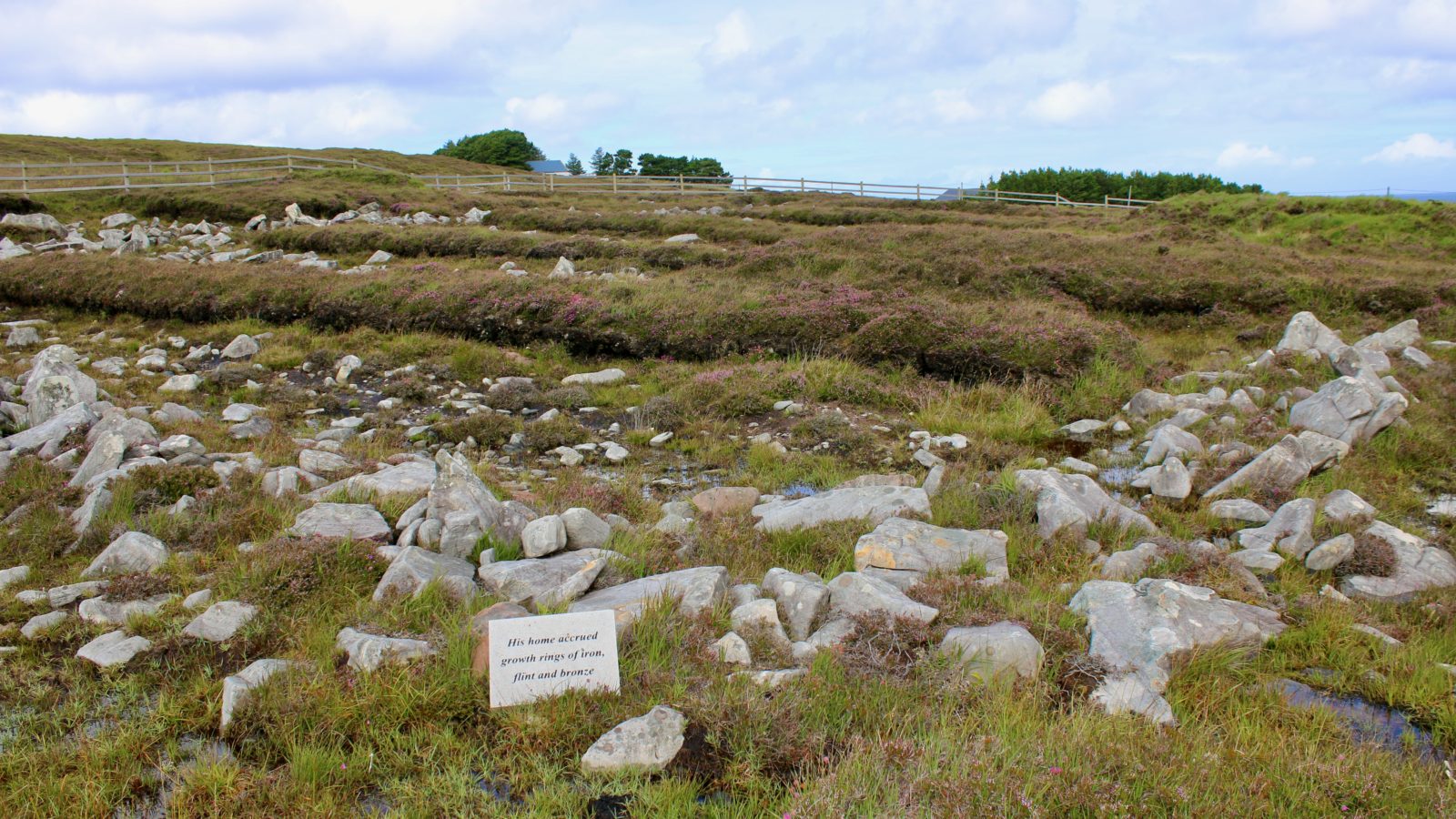 You are here: Home / Blog / Ireland’s Ancient Grains with Seamas Caulfield
by Bill

It doesn’t get more magical than this!  True place-based, hands-on learning about the first farmers in Ireland with Seamas Caulfield, emeritus professor of UCD School of Archaeology.

While his father, Patrick, first discovered the ancient fields in the 1930’s, Seamas conducted the excavations at both Céide Fields and Belderrig for decades as archaeology field school through UCD School of Archaeology. It was through Seamas’s work that the earliest grain and dairy farming in Ireland was discovered.

Seamas, his son Declan and his grandson Fionnán spent spent several days teaching us about the prehistory of the area by giving us guided tours of the geology of the area, the prehistoric fields, the Mesolithic site, the archaeology lab and research center in Belderrig. We got stuck in an epic rainstorm or at least Christina and I thought so.  All the Irish including Aidan O’Sullivan knew this was just another day in the west.  We hunkered down along a cut in the bog and tried to get some shelter for a few minutes but our attempt was fruitless.  Certainly makes for a fun memory though!

After seeing the sites Christina, Aidan and I were able try our hands at using both rotary querns and saddle querns to grind the same grains that were grown there prehistorically!  I must admit that it took a good amount of strength to get the quern moving but the grinding was extremely effective and quite fast!

Years ago it was one of Seamas’s field schools that inspired Jason O’Brien to fall in love with archaeology and more recently to use these ancient farmers as inspiration for the bread he creates at Roundstone Bake House.  This bread is produced using the same stone ground grains leavened using the same long, slow fermentation process to create incredibly delicious, healthy bread celebrating terroir and paying homage to the local prehistory of Ireland.

This is what the Food Evolutions project is all about  . . .
prehistory, terroir, nutrient dense meaningful food.

Featured in the Irish Times

While we werre in Belderrig, a fantastic article about Seamus and his family was published in the Irish Times. Be sure to check it out!

Beginning Our Journey in Ireland
Next Post: Acquiring Starters from Neil Barrett