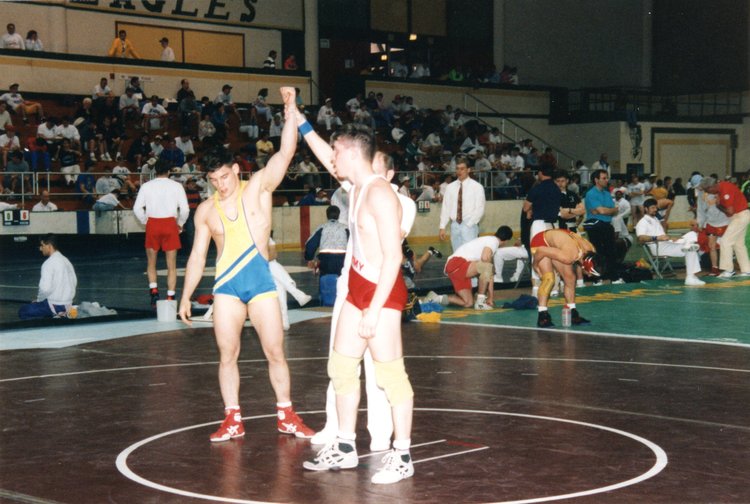 You are here: Home / Blog / My Ears Haven’t Always Looked Like This
by Bill

“THOSE EARS, WHAT SPECIES ARE THOSE?”

I know, I know.  You are not supposed to pay attention to comments from internet trolls.  But, sometimes it’s impossible not to – especially when the comments are personal.  In fact, it’s almost addictive in a strange, self-deprecating way.

About a month ago, two videos I filmed for Wired Magazine’s Basic Instinct series aired on their YouTube channel.  One was titled, “How to Start a Fire in a Survival Situation” and the other “How to Make Stone Tools in a Survival Situation.”  These videos were professionally shot and edited with Conde Nast’s top notch team. After screening the final cuts, I was really proud of the information I delivered and I couldn’t wait for the videos to release.  To date there are well over a million views with over 4,000 comments combined on the two videos! That may seem like a really engaged audience, however, very few of the comments are actually related to the actual content.  In fact, the vast majority have to do with Minecraft and, about 100 are directed towards my ears.

Yes, that’s right, there are 100 comments about my ears on primitive fire and stone tool videos!

It is somewhat ironic and timely that while the trolls completely missed the point of the videos, the focus of their cruel comments relate directly to my mission building nourishing, connected relationships with food…

In fact, a lot of hard work went into these ears and, believe it or not, I actually used to be proud of them.  They were a badge of honor at a time in my life when I ignorantly believed it was worth harming my body to resemble my athlete role models.  My cauliflower ears are a result of years of intensive training wrestling in High School at Red Bank Regional, the Division I program at The Ohio State University and the Division III program at The College of New Jersey.  Cauliflower ear is a condition wrestlers, boxers, rugby players, and MMA fighters get when their ears experience trauma and become deformed through the production of hematomas and the ripping away of skin from the cartilage.  Often the afflicted ears need to be drained and sometimes require surgery. I have needed both, including a month-long stint in the middle of the 1992-1993 wrestling season when my ear needed to be drained every day after practice.

As a side note – this ALL could have been prevented by wearing protective headgear.

Today, my ears serve as permanent remnants of my wrestling career and a time when I had a very unhealthy relationship with food.

Thankfully, through a more recent connection with my food, and truly nourishing my body, I have been able to erase all the other physical vestiges of the unhealthy relationships with food that plagued me for a significant part of my life.

I break down the various relationships with food during my life into four categories:

It may seem to you like a stretch to equate my large, deformed, sticky-out ears with a nourishing diet, but not to me.  They are a constant, daily reminder each time I look into the mirror of a time when I was sick, malnourished, and disconnected.  And, what’s most absurd about all of it is that it was at a time in my life when I should have been enjoying the best health possible!  After all, I was in my teens and twenties, vibrant, and dedicated. I was surrounded by doctors, nutritionists, dieticians, and coaches.  I should have been at my peak. But, that wasn’t the case. Instead, it is today that I enjoy a healthy relationship with food and, at 47 years old am healthier than I have ever been in my entire life.

THE MORALE OF THE STORY?  WELL, THERE ARE SEVERAL…

And, if you need a laugh, below I have cut and pasted the comments from the videos that are directed towards my ears:

What Does Fermenting Dairy and the Current Covid-19 Pandemic Have in Common
Next Post: Self Bow Making