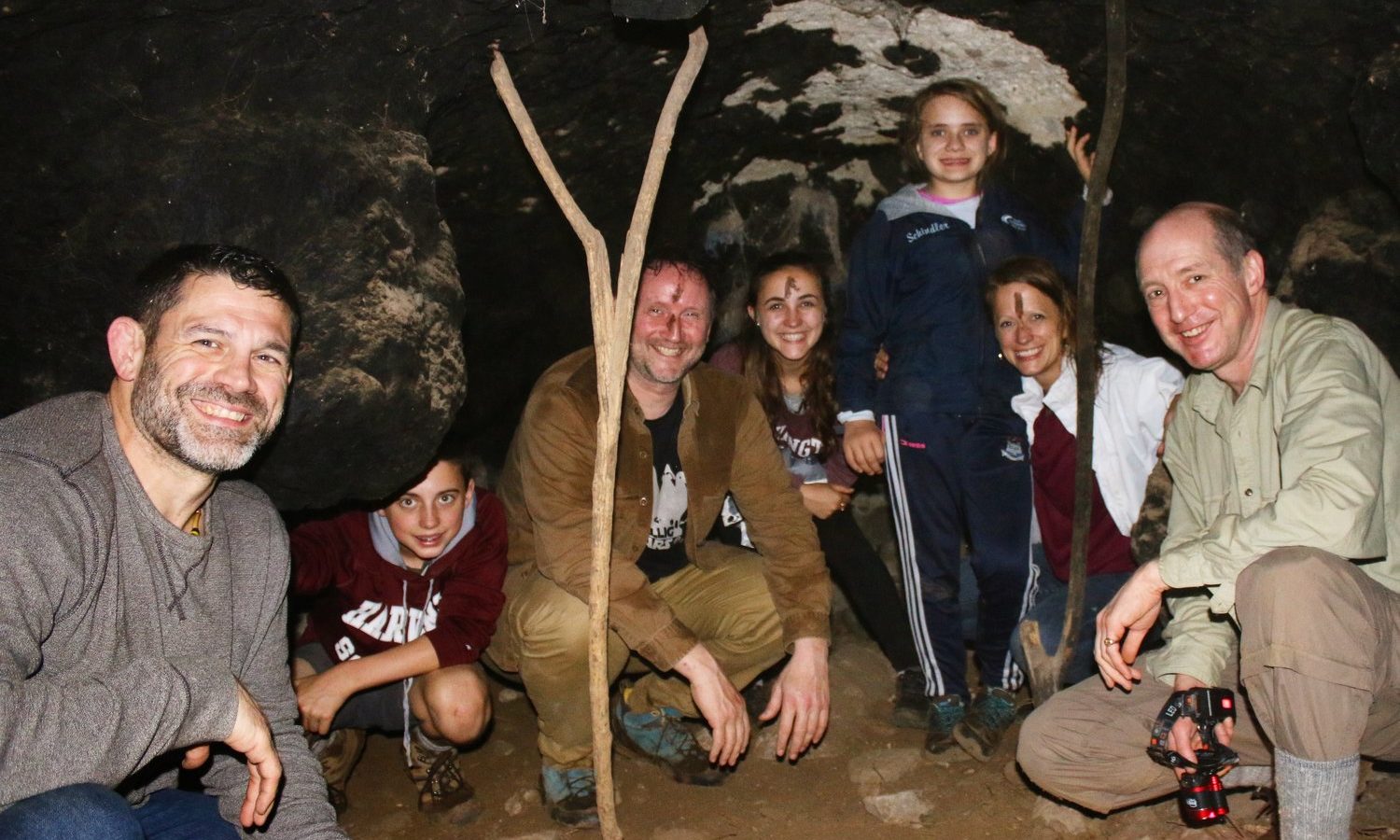 Never Thought We Would be a Fake News Story . . .

You are here: Home / Blog / Never Thought We Would be a Fake News Story . . .
by Christina

Yep! That’s how it went . . . from a reputable magazine to FAKE NEWS!

In the April 2017 issue of The Atlantic, Richard Schiffman detailed Bill’s unique approach to teaching in a piece he titled, “Professor Caveman.” I’ve got to admit that I definitely giggled when I saw that title and thought, “Man! That’s a perfect nickname for my Billy.” Richard made two trips down to Washington College in Chestertown, Maryland and saw Bill in action with his students as Bill taught them how to butcher deer with stone tools.  He interviewed the students, and spent a great deal of time talking with Bill about his research, teaching approach and why he believes in this type of teaching/learning approach.  Richard began his research in the fall of 2016 and the final article wasn’t published until April 2017.  It takes time to write a quality, factually accurate piece and that’s exactly what Richard did!

The London Times saw the article in The Atlantic and journalist, Carol Midgley, contacted Bill to run a similar story.  She interviewed him via phone and email, but her slant took on more of a family theme as you can see from the title, “Meet the Schindlers. They’re the Modern Stone Age Family.” Not only did it highlight Bill’s research and approach to teaching, but it also showed how it impacts the way we live/eat at home.  We were extremely pleased with the messages conveyed in both pieces – especially this final statement in The Times that was spot on:

“His ultimate mission is to teach people to take lessons from the past and apply them to the present to lead healthier, more responsible lives. He wants, in short, for us to take control and “begin to eat like humans again.”

When we first saw the article, we read it online.  It took almost a week to get a copy mailed to us in Maryland, so you can only imagine our shock when we saw what it looked like in print!!

We were a 2-page spread!

Believe it or not, the London Times story was published exactly one year ago today and that’s when the Fake News started to spin!

A Twist on the Truth

Two days later, we were on vacation in Disney World celebrating my parents’ 40th wedding anniversary.  I remember checking my email before going to bed and finding a Google Alert for “Bill Schindler.” I read the title and just couldn’t stop laughing!!  I immediately handed the phone to Bill who was doubled over in a fit of laughter too! Of course the kids wanted to know immediately what could possibly be so funny and their mouths dropped wide open when they read it!

“HOW CAN SOMEBODY WRITE THAT?? IT’S NOT TRUE!” DEMANDED ALYSSA.

A Kenyan newspaper wrote an article about “Professor Caveman” who lives in a CAGE and has “reportedly been living in a cage for nearly his entire life.”  Not only is this completely false, but at that very moment we were enjoying the luxury of a Disney resort, so it was ridiculously ironic 😉

This was the perfect lesson for our whole family about fake news –
we just never thought we’d be the subject matter!

TAKE A CLOSE LOOK AT THE PHOTO ABOVE:

Our Modern Stone Age Family is literally in a cage in a cave in Kenya,
so maybe the fake news became real news almost exactly a year later 😉

Sourdough Bread Course for Googlers!
Next Post: Warning: When You Make an Offer for Us to Visit, We’ll Take You Up On It!