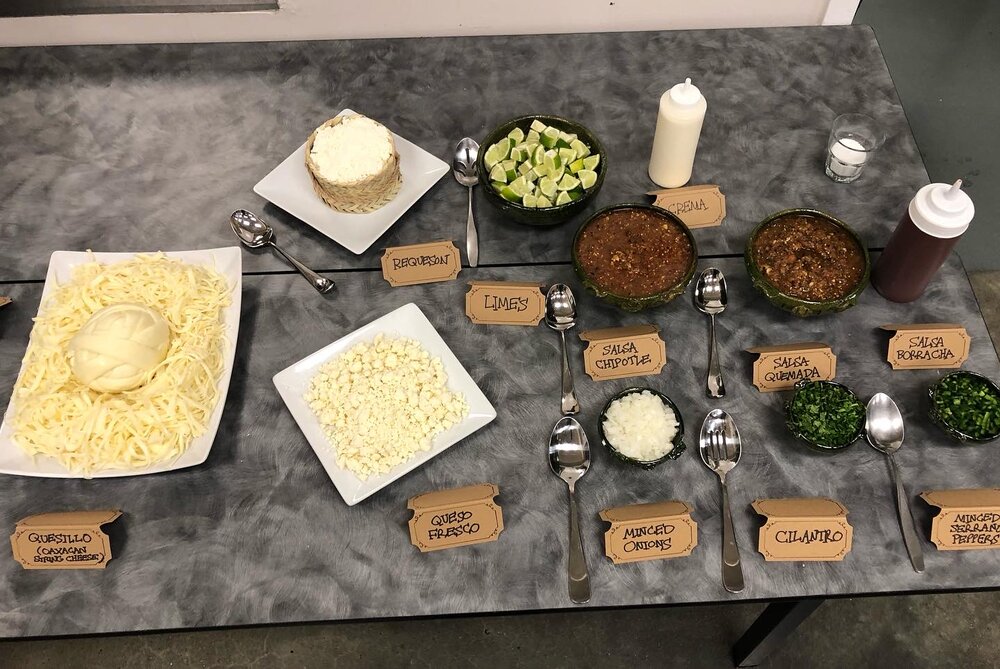 How Can One Meal Connect So Much

You are here: Home / Blog / How Can One Meal Connect So Much
by Bill

It is not just a vehicle for delivering nutrition and pleasure to our bodies.  When approached properly it can also feed our souls.

Our approach to food over the past 3.5 million years built us biologically and shaped us culturally.  As a result, food is so intricately intertwined with everything that it means to be human that the mere act of eating conveys important messages and fulfills a multitude of physical and emotional needs.

In fact, I believe:

. . . . you are conveying to the world all sorts of information about yourself.

The information you convey is not just about your tastes and preferences but also your socio-economic status, your religion, your politics, your family traditions and even where in the world you were raised!  You also convey personal information about what you believe in and what you stand for. Cheesemaker, David Asher considers eating a political act and I couldn’t agree more. But, for as unique and powerful the act of eating is for us humans it is nothing compared to the act of sharing food.

I recently spent a full week preparing a Mexican themed meal for my parents’ 70th surprise birthday party and it was worth every second!  The reviews of the food from people that attended included comments like, “delicious” and “beautiful”  And, all of this was wonderful to hear… but what was most important to me about the meal was that it offered something else entirely….CONNECTION.

You may wonder how a Mexican themed meal served to a family with practically no Mexican heritage could provide any connection whatsoever.  Well, read on my friends!

Francis Burton, in “Fire: the spark that ignited human evolution” suggested that the manner in which we share food is uniquely human.  Around meals we humans meet, celebrate, discuss, argue, and engage in the complete range of emotions – all the while we are nourishing ourselves.  So, the mere presence of food at a gathering such as this helped to support the social cohesion that took place. But, this particular meal provided so much more and connected everyone in other very special ways…

In many ways I suppose the beginning of this particular meal can be traced back almost 25 years.  It was during an undergraduate anthropology class that I first heard the term nixtamalization mentioned in a lecture.  Everything about this prehistoric process of using an alkaline solution to transform the difficult to digest maize kernel into its safest, most bioavailable, and delicious form possible for the human body intrigued me!

Over time, I began to include this ancient Nahuatl term in my teaching. Each semester as I conducted research to prepare my lecture notes I would uncover more and more information about this magical process. I learned that this process that has ancient roots stemming back at least 4,000 years (although recent work by Emily Johnson and John Marston – now allows for direct identification of nixtamalization in the archaeological record and I am confident that we will find the technology is much older) and that when maize was “discovered” by early European explorers they took the plant back across the Atlantic but left the nixtamalization technology behind.  As maize agriculture spread through Europe a nutrient deficiency known as pellagra followed close behind! Since the time pellagra was first recorded by Spanish physician Don Gaspar Casal in 1763 millions of people around the world became sick and hundreds of thousands died as a result of eating a maize-based diet that lacked proper processing.  It was not until the early 20th century that Dr. Joseph Goldberger realized the central role that maize played in pellagra and determined that this disease was dietary and not infectious in nature. Later, other scientists in the 1930s pinpointed the lack of niacin in the diet as the culprit and the world began to treat the epidemic through artificial supplementation of niacin.  This is a practice that still continues today and is why so many baked goods are fortified with niacin. Perhaps what is most ironic about this disease and the role the maize played in it is that maize actually contains niacin! Yes, they were actually ingesting niacin as they consumed maize, but in a form that was inaccessible to their bodies and it was passing right through their digestive tracts.  They were not missing the nutrient from their diets, they were missing the technology.

Nixtamalization is the ONLY way to process maize to get it to give up its nutrients and allow our incredibly inefficient digestive tracts absorb all of nourishment it has to offer.

The pain and suffering of millions of people and the deaths of hundreds of thousands were entirely preventable if we had would have sought wisdom from the very people who first domesticated maize 15,000 years ago and over millenia and built a healthy relationship with it!

As I learned more about the prehistory and power of nixtamalization I also learned more about the food that contained maize that were (and were not) available to me in my own modern foodscape.  I was astonished to learn that even though maize is the most widely grown grain in the world and dominates almost every processed food in American grocery stores still only a small fraction of it is nixtamalized.  This means that some of the nutrients from the vast majority of the most widely grown crop in the world are inaccessible to our bodies passing directly through our digestive tracts and getting deposited out the other end.  Have we not learned anything from the deaths of hundreds of thousands of people?

I realized that if I couldn’t purchase nixtamalized maize then I needed to take matters into my own hands and learn to make it myself.

To do this, I took my family to Mexico last year to conduct research and learn, first hand, how to properly nixtamalize maize and make the most delicious and nutritious tortillas from Rigel Sotelo at Cal y Maiz in Mexico City and from Emiliano and Juana in a small village in the mountains of Oaxaca.

BUT, WE DIDN’T STOP THERE!

While in Mexico we also learned how to make traditional quesillo (Oaxacan string cheese), requeson, and queso fresco from Silvia, one of Oaxaca’s best cheesemakers and salsa borracha (drunken salsa with Pulque) with Galia Kleiman.

From each one of these people we not only learned skills but created life long memories. And, all of those memories are now intricately connected to the food. I cannot make or even eat a tortilla without thinking of Rigel, Emiliano and Juana.  I cannot make or eat quesillo without thinking of the time spent on Silvia’s gorgeous farm in Etla and every time I top a taco or eggs with salsa borracha I think of Galia and her beautiful family who connected so well with mine. This trip provided me with the tools to create this meal and the stories to contextualize it all.

GATHERING THE RAW MATERIALS FOR THIS MEAL WAS JUST AS MEANINGFUL.

My son Billy and I shot the two deer that we used for the venison barbacoa on a spectacular December evening just before dusk in the woods across from our house.  After we came in from the field we spent the remainder of the night butchering and packing up the meat with our friend Derrick Leonard.

The chicken for the pulled chicken came from Where Pigs Fly Farm and the pork for the carnitas came from Langenfelder Farm.  Both are local farms with fantastic owners that we know personally. The milk for the quesillo, requeson, and queso fresco came from Nice Family Farms in Federalsburg where we have been getting all of our milk now for the cheese that we make. And, the baskets and bowls in which we served the food at the party came from one of the markets in Oaxaca while we were there.

For some people in that room it may have been the closest they have ever been to all of the original sources of their food that made up the meal.

Since everything was made entirely from scratch I am the ONLY person that stood between every raw ingredient and their mouths. This is important on many levels.  From a nutritional point of view I had complete control over every ingredient so there was nothing artificial, no chemicals and all of the ingredients were high quality and well sourced.   I also had control over the cooking and made sure to employ technologies in the kitchen in such a way that not only was the food safe and nutritious, but also prepared ways that ensured all of the nutrition was “unlocked” and the nutrients available to our incredibly inefficient human digestive tracts!

This meal was delicious.  This meal was satiating. This meal connected all of us to our food and where it came from in very powerful ways.  This is the sort of connection our ancestors experienced EACH AND EVERY TIME THEY ATE.

THIS IS WHAT EATING LIKE A HUMAN IS ALL ABOUT.

This connection is missing from our modern tables and we need to get it back.

Field to Fork for the First Time…
Next Post:The Hunter Gatherer Diet