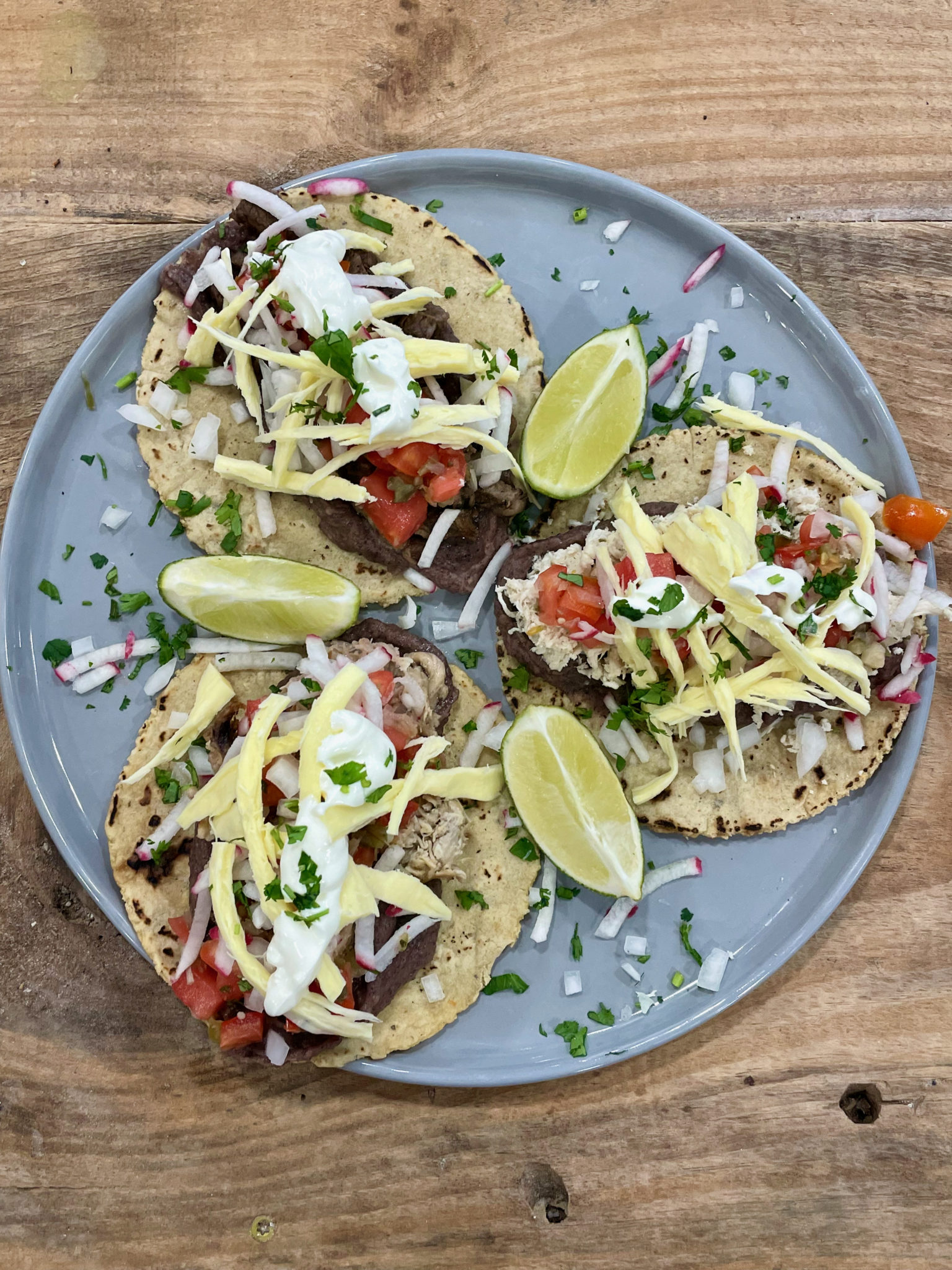 Judging Food by its Cover part 2

You are here: Home / Blog / Judging Food by its Cover part 2
by Bill

For some reason the culinary world has become complacent when it comes to what our food is encased in – and, we consumers have let it. Just think about the poor quality sandwich bread, tortillas, hot dog and hamburger buns, wraps, and pitas that hold our food for us. It kills me that we spend so much time worried about wagyu beef burgers made from cows massaged in the fields by the hands of the farmers that raised them and end up using cheap commercially produced potato rolls. The same holds true when we create sandwiches made with artisan cured meats and traditional raw milk cheese slapped between two pieces of Wonderbread. Or, how about a taco made with slow-cooked barbaco, fresh seasonal vegetables and hand stretched quesillo wrapped tightly in a corn tortilla made from reconstituting maseca (dried, degerminated masa flour).

What all of these buns, bread, tortillas and wraps have in common are:

There is no doubt that a burger made from a pastured beef cow raised, slaughtered, butchered and ground under the most ethical, sustainable, and thoughtful of circumstances is not only more delicious but also safer and more nourishing than a mass produced burger from a fast food chain store that sourced their meat from a feedlot. But, we should not stop there. The same argument holds true for the difference between a wild, long fermented sourdough bread compared to what normally straddles even the most amazing of burgers – a commercial yeasted potato bun or whitebread bun containing dozens of ingredients including preservatives, refined sugars and rancid seed oils.

Luckily, there is something you can do about it! You can learn to make these breads and tortillas from scratch at home where you have complete control of the ingredients and, just as importantly, how they are transformed into their final products in ways that make them as safe and nourishing as possible. Or, find a local artisan baker and tortilleria where you can interact directly with the people that are making your food! And, don’t be afraid to ask questions at restaurants about the food you are eating. Just because it says sourdough on the menu or label does not mean it is! In fact, most commercially produced “sourdough” is actually just yeasted bread that has had vinegar, citric acid or lactic acid added to it to make it taste “sour.” And, most commercially produced tortillas, even those advertised as handmade are usually made from maseca flour.

It was so rewarding to put this approach into practice this weekend to nourish our family and friends both Saturday at my parents’ 50 wedding anniversary celebration and, on Sunday at Brianna’s graduation party. On Saturday, we served tacos made from local pork, beef and chicken, our homemade Oaxacan cheese (quesillo), fermented cream and fermented salsa all on tortillas that we nixtamalized, stone ground, and cooked in house. On Sunday, we made wood fired pizzas with a variety of toppings along with our house made sausage, pepperoni and cheese on our long, wild fermented sourdough crust and smashburgers from local beef and served them on our new fermented potato sourdough buns!

There are lots of reasons to refuse to eat grains in any form and instead order your burger in a lettuce wrap, your sandwich on a salad, and your taco as a bowl. BUT, if you are going to eat the buns, bread and tortillas then it makes sense to care as much about the quality of the outside as much as we do about the inside.

What makes our fermented potato chips different?
Next Post: Everything (But Oxalates) Spice